The award-winning BAC tracker integrates a smartphone app and professional-grade breathalyzer to wirelessly transmit your blood alcohol content (BAC) to your device. Quickly and easily estimate your BAC, track your results over time, and use the app to estimate when your BAC will return to 0.00%. You can even hail a taxi right from the BAC Tracker app if you eat too much. Features Bluetooth connectivity, innovative tracking, personalization and Apple Health integration tools. The Tracker Mobile Breathalyzer is powered by an 850mAh lipo battery LP503450 that can be recharged via the micro-USB cable provided. Great for personal and professional use. The only smartphone breathalyzer with professional-grade fuel cell sensors, an advanced technology trusted by hospitals, businesses, schools and even law enforcement. The BAC tracker is equipped with a miniature breath capture pump to ensure reliable and consistent results. You can actually feel the pump kick in at the end of each test. Low power requirements enable up to 1,500 tests on one LP503450 850mAh lipo battery.

How to use the BAC tracker? Breathe, See, Decide.
Breathe into the BAC tracker, and results are sent wirelessly to your iOS or Android device. See the accurate reading and an estimate of when your BAC will reach 0.00%. Decide what comes next. Save your number? Test someone else?

Compare your perception with the actual numbers to see if your guesses get better over time. Allows you to track and attach notes or photos to the results. What you drank, what you ate, who you were with, how you felt; personalize results to make more sense. Bluetooth enables a simple connection between the track and your device so you don’t have to breathe into your phone and can see app prompts and results as you blow. 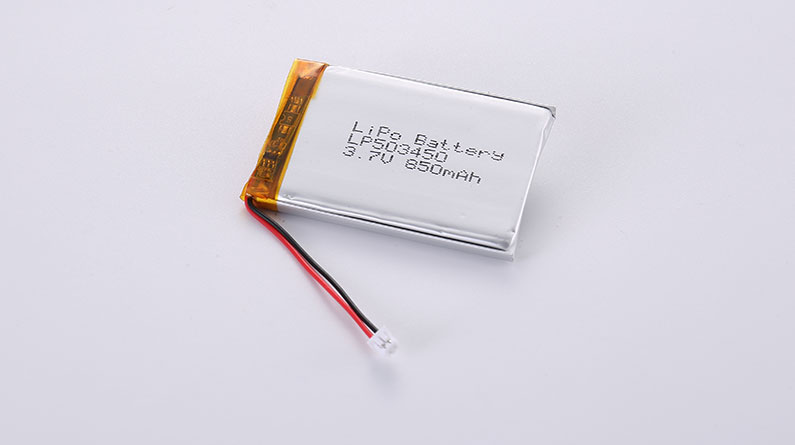 Our 850mAh lipo battery LP503450 is IEC62133 and UN38.3 certified, it can also be used in other products, limited by your imagination. If you are designing your new product, you can buy our lipo battery samples for prototyping.

Lipo battery power many of today’s portable medical devices, from hearing aids and blood-glucose monitors to pacemakers. But as devices get smaller and more sophisticated, so do the lipo batteries that power them. Now, a team of researchers at Sandia National Laboratories has reported a new way to design lipo batteries that could lead to even smaller, more powerful and longer-lasting batteries for use in a variety of medical and other applications. The team’s technique, which they described in a paper published online May 28 in the journal Nature Communications, involves growing lithium crystals on an electrode surface in a way that maximizes the number of sites available for storing lithium ions. “We started with the hypothesis that if we could grow larger crystals, we could get more sites for the lithium ion to reside in the crystal,” said Sandia researcher Chris Wolverton, one of the paper’s authors. To test their hypothesis, the team grew lithium crystals on an electrode using a variety of techniques, including chemical vapor deposition (CVD) and atomic layer deposition (ALD). They then compared the number of sites available for storing lithium ions in the crystals grown using each technique. The team found that the crystals grown using CVD were significantly larger than those grown using ALD, and that the CVD crystals had more than twice as many sites available for storing lithium ions. “This finding was really surprising to us,” Wolverton said. “It suggests that, by using CVD to grow lithium crystals, we could potentially create lipo batteries that are smaller, more powerful and longer-lasting than those made with traditional techniques.” The team is now working to develop a prototype battery using their new technique, which Wolverton said could be ready for testing within the next year. If successful, the new battery could be used in a variety of medical devices, from implantable devices like pacemakers to portable devices like blood-glucose monitors. Wolverton said the team is also exploring other potential applications for their new lipo battery, including use in electric vehicles. 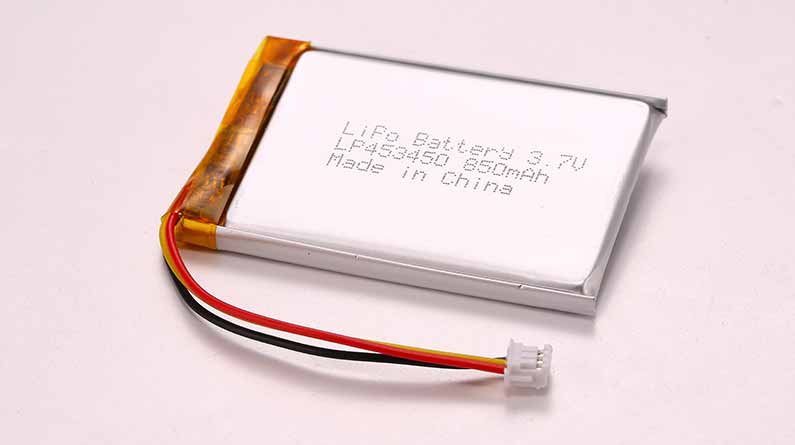 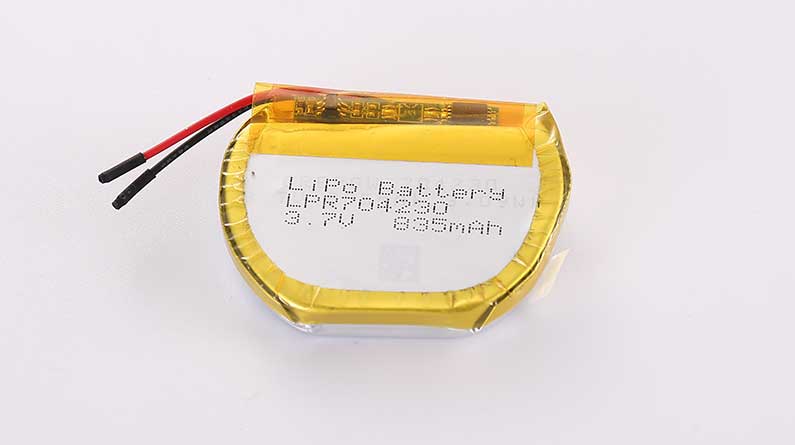